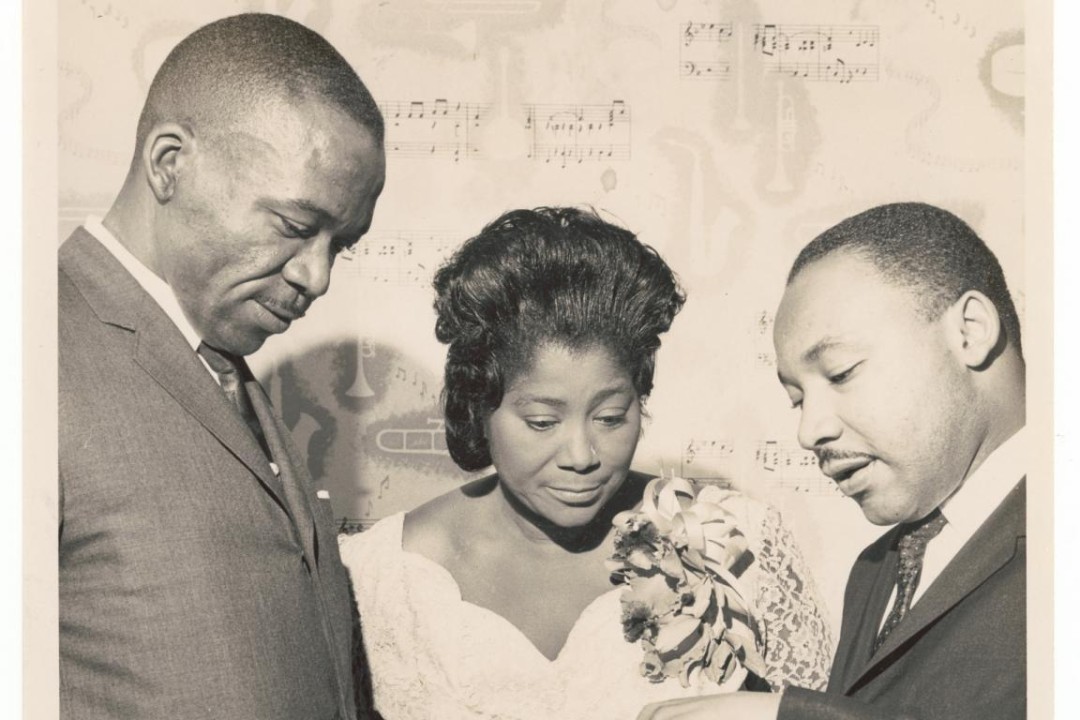 In 1963, Martin Luther King stood in front of the Lincoln Memorial in Washington DC and uttered the words ‘‘I have a dream.” It remains one of the most iconic, famous and evocative phrases ever.

But it nearly didn’t happen. By the time Dr King got round to sharing his dream he had already been speaking for 11 minutes, reading from a pre-prepared script. Until that point it was a typically powerful speech, but not one that was likely to shake the world and echo for decades.

And then Mahalia Jackson spoke.

Mahalia Jackson was the most famous and influential gospel singer of her time. She sang frequently at events where Martin Luther spoke and, having sung earlier in the day, was sitting behind him as he spoke that day in Washington.

11 minutes in, as Dr King pauses whilst the crowd applauds, Mahalia Jackson shouts “Tell ‘em about the dream, Martin.” Clarence B. Jones, Dr King’s scriptwriter, describes how, at that moment, Dr King looks up at the crowds, pauses, pushes his notes to one side and utters the immortal words:

“So even though we face the difficulties of today and tomorrow, I still have a dream.”

For the next five minutes, he speaks unscripted, never looking back down at his notes because the words weren’t written there. They were written on his heart. And they might have stayed there if Mahalia Jackson hadn’t encouraged him to “tell ‘em about the dream, Martin.”

The ‘I have a dream’ speech – five unscripted, heartfelt minutes – was a watershed moment in the civil rights movement. But it wasn’t the crucial moment. No, the crucial moment happened much earlier, when Dr King dared to share his dream with a smaller group of people, including his close friend Mahalia Jackson. It was her affirmation, her encouragement, her belief in him and his dream that gave him the courage in front of 250,000 people to swap his carefully chosen, well prepared script for 615 heart-felt words. And it changed the world, because it inspired others to dream.

Few of us will get the chance to address 250,000 people, but I believe we all have a dream that could change our world. But unless we take the risk of sharing it with someone, that’s all it’s ever likely to be. So who needs to hear your dream? Who’s going to give you the support, encouragement and belief to ‘tell ‘em about the dream’?

And, perhaps more importantly, whose dreams are you listening to and encouraging?